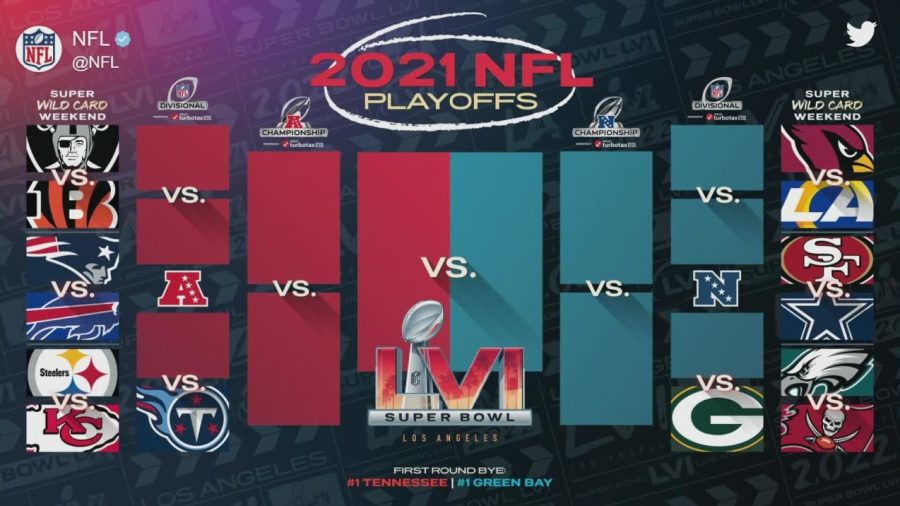 It’s the most wonderful time of the year. No, you didn’t sleep through most of 2022 (though you may wish you had) and December snuck up on you, it is NFL playoff time! That’s right, the NFL playoffs begin this week with a bit of a new format as the league moved to a one-team bye for each conference and added a seventh playoff spot. This was great news for the Titans and the Packers, the number one seeds in each conference, but forced the Buccaneers and Chiefs to play in the divisional round. Two other winners in this new format are the Steelers and Eagles who snagged those seventh spots.

If these games play out as expected, then you can expect some high profile matchups in round 2, but we all know that, just like during March Madness, upsets are going to happen. The weekend kicks off on Saturday afternoon with the Sin City Raiders heading east to frigid Cincinnati to take on the red-hot Bengals. Many expect this to be the end of the road for the surprising Raiders as Joe Burrow, Ja’Marr Chase, and company could prove too much for a team that has been in must-win mode for weeks. The second matchup on Saturday is a familiar one as the sixth seeded Patriots head up to Buffalo to take on their division rival for the third time this season. The big questions in this one mostly surround the Bills and just which Josh Allen will show up – the dynamic one who can carry a team or the error-prone one who tries to do too much?

The Sunday slate has the Eagles headed south to Tampa to take on Tom Brady and the Bucs. While some feel that this one has Philly-upset special written all over it, the Eagles will need to find a way to slow down Brady, Mike Evans, Gronk and the rest of the Tampa offense. There is a possibility in this happening as the Eagles’ defense has been strong at the end of the season and the Bucs offense has struggled at times. The second game of the day may be the weekend’s marquee matchup as the Forty-Niners travel to Big-D to take on the Cowboys. The Cowboys have been up-and-down this year, but managed to finish the season in the number 3 seed and hopes are high in Dallas for this team. To live up to the hype though, they will need to take down a dangerous San Francisco team. The final matchup on Sunday finds the seventh-seeded Steelers heading to Kansas City for a prime-time matchup with the Chiefs. While Mike Tomlin and Pittsburgh somehow found a way to make the playoffs on literally the last play of the regular season, whether they can pay the Chiefs back for the 36-10 drubbing they suffered in December remains to be seen.

The final game of SuperBigWildCardWeekend pits the Arizona Cardinals against the Rams in Los Angeles on Monday night. While it will be strange to watch playoff football on a Monday night, this one should be a good matchup as the division rivals know each other well.

For those teams that did not make the playoffs – remember, there is always next year. And, for Ravens fans who are accustomed to readying themselves for playoff games right now instead of the off-season, Ravens super-fan Rushabh reminds them, “We have the 14th pick in the draft” to look forward to.