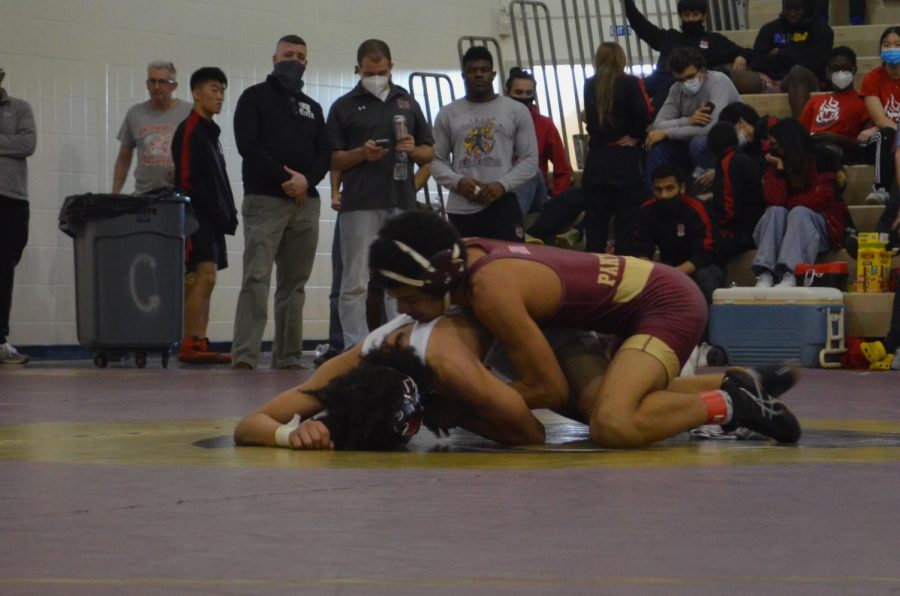 For the first time in two years, Paint Branch wrestlers took to the mats at the 4A North regional championships looking to qualify for states. Held at Sherwood on Friday, February 25 and Saturday, February 26, athletes competed in a bracket-style competition, needing to win each match to advance towards the finals.

After a long day of competition on Friday, four panthers proceeded to Saturday’s competition, inching closer to qualifying for states. The victories of Nathan Nixon and Joey Mamana in their respective semifinal matches earned the two panthers spots in the state championship and the chance to be named regional champions.

The other remaining panthers, Axcel Barrios and Jordan Bennett, secured their place on the podium, and despite falling short in semifinals, would battle it out one last time for the season to determine the difference between third and fourth place.

As competition concluded, Paint Branch claimed victory with four wrestlers atop the podium. After a hard fought match, Bennett claimed fourth in the 220 weight class. Third place in the 126 weight class went to Barrios, emerging victorious over Montgomery Blair. At the end of finals, Mamana and Nixon took home silver in the 138 and 113 weight classes to round out the podium finishes for PB.