Coverage of Ukraine Conflict Reveals the Hypocrisy of Western Media 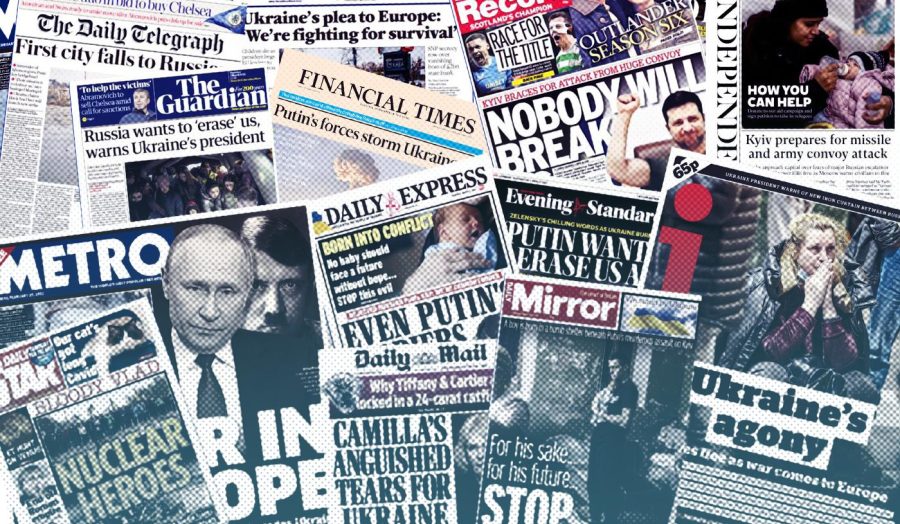 On February 24th, Russian President Vladimir Putin launched a full-scale military invasion of Ukraine, justifying the operation as necessary. According to BBC News, Putin did this “to protect people subjected to what he called eight years of bullying and genocide by Ukraine’s government.”

Within the first 10 days of the invasion, more than 1.5 million people escaped Ukraine, creating the “fastest-growing refugee crisis in Europe since World War II,” as expressed in a Twitter post by U.N. High Commissioner for Refugees (UNHCR) Filippo Grandi. As of March 30, the UNHCR data portal noted that a total of 4 million Ukrainians have fled their homes. Now one month into the conflict, the U.N. has reported that more than 1,180 civilians have been killed and at least 1,900 injured from Russia’s use of missiles, airstrikes, and other explosive weapons.

Public outrage has been greatly beneficial in bringing attention to the crisis through social media and shedding light on another issue among those responsible for the war’s media coverage — holding double standards. Many Western journalists have used their platforms not only to praise Ukraine’s armed resistance to Russian forces, but also to express their disbelief regarding how such a conflict could even occur.

Charlie D’Agata, a CBS News foreign correspondent based in Kyiv, describes the “uniqueness” of the Ukraine war by highlighting its distinctions from other wars. “This isn’t a place…like Iraq or Afghanistan that has seen conflict raging for decades, this is a relatively civilized, relatively European…city,” he says. Likewise, NBC News correspondent Kelly Cobiella reports on why Ukrainian refugees are unlike those of other conflicts. “Just to put it bluntly, these are not refugees from Syria…,” Cobiella states. “These are Christians, they are white, they’re very similar to the people that live in Poland.” In an article published in The Telegraph, journalist Daniel Hannan puts his feelings toward the ongoing crisis in very simple terms. “They seem so like us,” he writes. “That is what makes it so shocking.”

The language used in these recent reports reveals the type of sentiments mainstream media chooses to promote. D’Agata’s remarks are hypocritical considering that the destabilization in the countries he labels as having “conflict raging for decades” can be directly attributed to their complex histories of European imperialism. The use of words such as civilized, similar, and like us also raises the question of who the targeted audience of this media is. If it is intended for individuals of European descent, then the “uncivilized” people of color living in areas with “conflict raging for decades” are implicitly being told the harsh reality of their situations — that the injustices they experience are undeserving of global sympathy because they are expected.

The problem at hand isn’t that the world is displaying too much support for the Ukraine crisis, but rather that it isn’t doing enough for the several other conflicts actively taking place worldwide. Western media is unfairly allowed to dictate what news is and isn’t worthy of being published as they often prioritize the coverage of European atrocities over the struggles of nonwhite groups. The true root of this issue is racial bias, which has allowed the use of racial microaggressions and white supremacist thinking to become normalized across mainstream media. While it’s impossible to erase bias from the media altogether, Western outlets need to make an effort to condemn the underlying racist messages presented by their journalists and ensure that the coverage of global events remains balanced and nonselective.