¨The Throwaways¨ – How it Feels to be in ISI 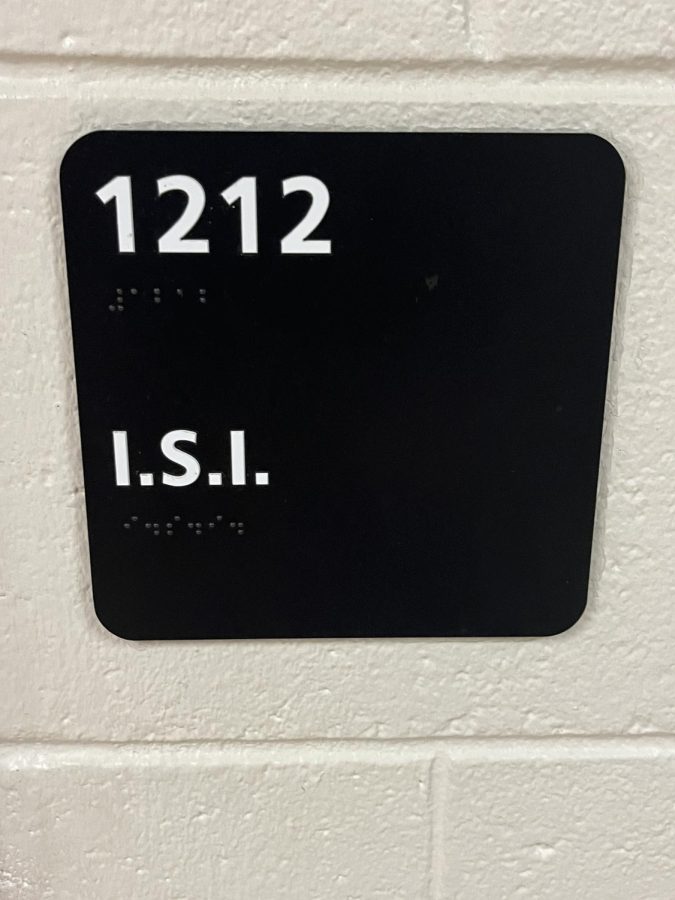 What do you think of when you hear that a student is in ISI?

“What does it even do for them?” says one student.

“As long as it’s not me, I don’t really think too much of it,” says another.

ISI, also known as In School Intervention is a program intended to discipline and isolate students while somewhat keeping them involved academically. In other words, it is a way to ¨help¨ or ¨intervene¨ with the troubled youth, the firecrackers, the untamed.

My four-day stay in ISI was a mildly productive, lonely, and depressing experience with a constant self-reflection revolving around the question of if it was worth it or not. The experience showed me that I never really realized  how much I appreciated getting to be in an atmosphere surrounded by people, to be able to learn in a classroom, have access to my teachers, and have  the freedom to do what I wanted to do until I couldn’t.

I spent each day in a white brick room that has no windows, no class time structure, and no noise. It was just me, my Chromebook, and occasional outside chatter as “free” students walked by, or any new students who came to ISI during the day.  My days consisted of completing any work that was posted on Canvas which wasn’t much seeing as how most of my teachers take the more in person or on-paper approach of teaching. I also did a little sleeping – yes, it was allowed – and watched some shows and saw my grades slowly dwindling away as I sat there in isolation.

Now, of course, every student that ended up there with me was placed there for a reason. From loitering in the halls too long to a physical altercation, there was a reason for their time in ISI. The students in ISI are there to learn their lesson and be in a place that the school deems safe for them. They are there because their behavior has made the school see them as too much of a risk. It doesn’t matter what your grades looked like, how highly teachers speak of you, or even if it was your first offense, you  became a delinquent, one of the ¨bad ones,¨ someone to be monitored, isolated, and contained.

ISI showed me that schools don’t prioritize your learning when you get in trouble the same way that they do when you don’t, when you follow the rules.  In ISI, it’s  about doing the work, getting it turned in, and serving your time. It didn’t matter if I couldn’t teach myself calc or psych or had an LEQ due every other day, all that mattered was getting the work done and being quiet. Even while you  are doing this work, you can’t help but think of all the things you are missing in class, all the material that you will be a week behind on and struggling to understand. For me, this was near the end of the quarter and had me wondering if it was even worth it anymore to try to catch up with the end of the quarter approaching.

Ultimately, being in ISI was an experience that I did not enjoy and did not benefit me. It seemed to be a waste of time in that even though I was in school, I was not actually in class where I learn best. I know I did something that placed me in ISI, but I don’t think what I did should result in 8 hours a day of basically isolation and a disregard for my learning.