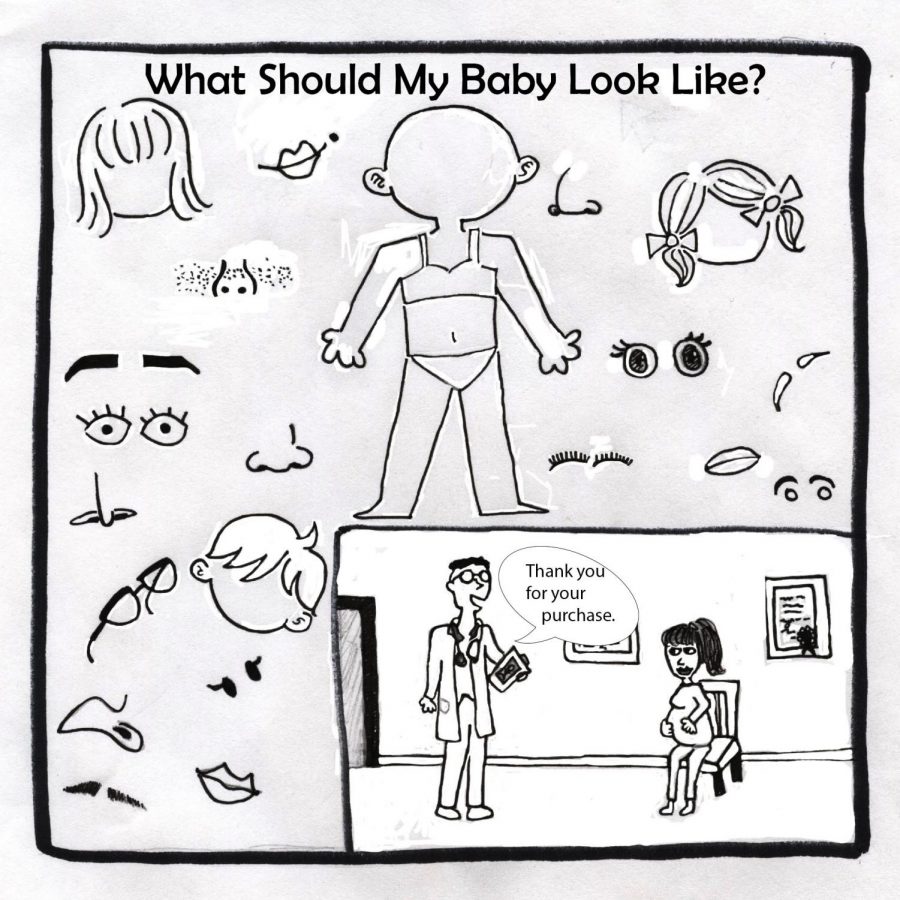 PRO
In modern society, if you don’t like something about yourself, you have the ability to fix it. But what about making that decision for your children?

When it comes to Somatic genetic modification, many are in favor of using this medical advancement to help eliminate possible medical threats in early embryos and to treat genetic disorders in children and adults. The possibilities of gene therapy are exciting in that it can treat many genetic conditions such as muscular dystrophy and kidney disease.

However, there is a dark side to gene therapy: using genetic modification to create a so-called “designer baby,” which is possible through Germline editing. It is simply wrong to change the physical appearance of a child or attempt to give an unborn child certain traits that you deem important. Real human life is not the same as playing The Sims. The idea that an individual could use gene editing to “build-a-baby” is sickening, to say the least. Not only is it an abuse of power, but it is extremely selfish considering the genetics of all future generations would be altered as well. If parents aren’t willing to love their child no matter how they are born, then they shouldn’t have children at all.

Although the possibility of genetic modification is very intriguing, especially Somatic modification, we should not rush into it. We must be careful not to get too carried away with this medical breakthrough and the medical field must be diligent in how it is used. Mary Todd Bergman of the Harvard Gazette states, “While somatic gene editing affects only the patient being treated (and only some of his or her cells), Germline editing affects all cells in an organism, including eggs and sperm, and so is passed onto future generations. The possible consequences of that are difficult to predict.” This, the possible consequences, are what make Germline editing very risky and why Somatic editing, which only affects the target cell, is both safer and morally right.

Our goal as a human race should focus on bettering people for who they naturally are, rather than trying to create this “perfect person.” The beautiful thing about humanity is that we are all so unique, and it is those differences that help us to advance in the world. Trying to manipulate or change that in any way is wrong. We should prioritize using gene therapy for those who truly need it, and not for aesthetic reasons.

CON
Poor body image, self-esteem, bullying, and depression. These are all problems that are centered upon the basis of one’s appearance.

Poor body image is directly intertwined with self-esteem because a lack of it is the direct cause for the resentment an individual hold against the body they were born with. Bullying happens for a variety of reasons, including when one is deemed to look “different.” Cruel comments and abusive actions are thrown at people simply because they are unlike the rest. The end result of all this suffering is feelings of sadness, a sense of being overwhelmed by the fact that there is nothing you can do to change who you are, and even depression.

But what if I told you there was something you could do or even your parents could do before you are born to change this?

That’s right, there is a fix to all of this: Genetic modification.

Science today allows us to genetically modify babies while they are still in the womb to be aesthetically sound. Gene modification can be employed to determine an unborn child’s eye color, height, and body shape. Essentially, we can create a specimen of astounding physical appearance.

Think about it; we are creating people with the potential to lead amazing lives. Brian Armstrong, the CEO of the company Coinbase, a digital currency wallet and platform, spent a year talking to scientists about the possibilities of genetic engineering. According to Armstrong, he found that “it could help eliminate hundreds of diseases. It could eliminate many forms of pain and anxiety. It could increase intelligence and longevity. It could change the scale of human happiness and productivity by many orders of magnitude.” These are goals we strive for on a daily basis, so just imagine simply being born to meet these goals with ease? The possibilities of what we could do would be limitless.

People obviously will say this is unethical, that “we are playing God” when we alter an unborn child, but I disagree. With this science we are able to reverse birth defects and stop anomalies that could complicate childbirth. So why can’t we prevent the problems the future holds in store for these same children? We need to give them the things necessary to succeed in this superficial world we have created.

We live in a world where a small population possess the perfect size, where beauty isn’t in the eyes of the beholder, where the vast majority of the population subscribes to the exact same definition of beauty and perfection. So, we try to fit this new definition and hope that we are accepted. Many fail. However, if we can be born with traits that are craved by society we immediately fit this definition, and we could even create a new one. We destroy the possibility of experiencing the struggle of low self-esteem. Perhaps bullying will always occur in this world, but with genetic engineering we can equip its victims with the traits necessary to defend themselves, leading them away from loneliness, leading them away from the emotional turmoil that comes with not measuring up to society’s bar.