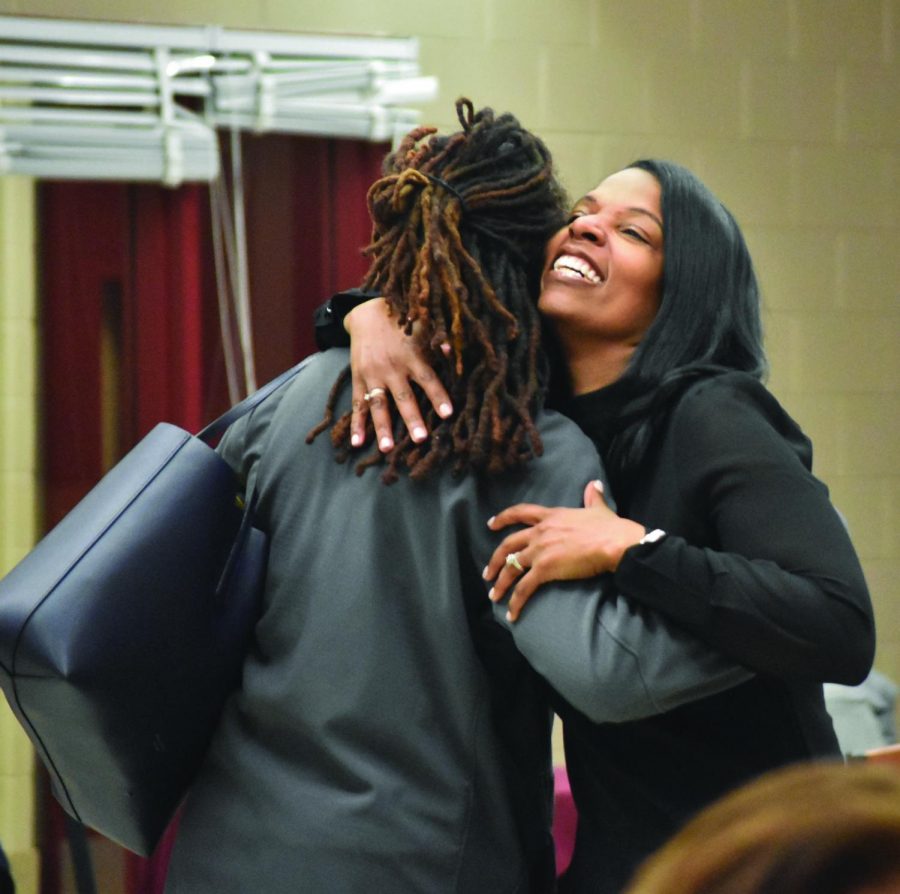 On January 22, 2020, Dr. Yarbrough announced that she would be resigning from her position as Paint Branch High School Principal, and that her final day on the job would be Tuesday, February 4th. She also announced that she was leaving for a promotion in Baltimore County Public Schools where she will take over as School Performance Director, a role where she’ll work closely work with the Chief Education Officer and Department of Student Achievement to establish academic goals and analyze statistics.

In a letter to the community following her decision to move on from PB, Dr. Yarbrough stated, “this is an incredible promotion that will provide me a wonderful opportunity to utilize my experiences to impact school improvement at the district level.”

She also expressed that her decision was difficult stating, “it is with mixed emotions that I compose this” and describing Paint Branch as a “special place.” She finished by noting that she’s been a “Panther from the moment [she] walked through the doors.”

Those at PB were nonplussed and somewhat disheartened by her sudden departure. Senior Gerald K. Davis expressed that he was surprised at the announcement. “The fact that the class of 2020 won’t have her as principal throughout our last year of high school is an ultimate shock.”

When fellow senior, Nicole Mariona, better known as Nikki, was asked, she expressed that she was upset by Dr. Yarbrough leaving with only three months left in the school year, but she is sure that Paint Branch “will not change that much” under Ms. Pettis-Jones.

Dr. Yarbrough served as principal of Paint Branch for seven years, and during that time she proudly supported students and staff at games, plays, school and group celebrations, and community meetings. Even her family gained honorary panther status, as they joined her many times at various events.
Although students and staff were both saddened by her departure, they expressed that they understood and offered congratulatory messages for her as well as their sincere thanks for the work she did on behalf of everyone at PB.

When asked about his feelings towards Dr. Yarbrough’s leaving, Mr. Schiffgens expressed that “she did great things for the school” and “made a decision that was right for her.”
“She cared a great deal for Paint Branch and the students I think that when it comes to administration they advocate for the school in ways that are not always public and noticeable but really have an impact on culture and success.” He is “confident that she will be great and effective in her new position.”
In her time at PB, Dr. Yarbrough advocated for students in a variety of ways, including through the development and instituting of programs such as the Advancement Via Individual Determination (AVID) program, where students are trained to be successful in college, and policies like the “same math, same English teacher” rule, which called for all students to have the same math and English teacher throughout the entire school year. This policy was based on the belief that students who have stability in these core classes will perform better. This same thoughtfulness is expected to show beyond the walls of Paint Branch.

Paint Branch Assistant Principal Ms. Tracy Pettis-Jones has stepped in and will fill the interim principal role for the remainder of the school year. Ms. Pettis-Jones has worked at Paint Branch for an impressive 17 years, serving as a special education teacher, an alternative education teacher, assistant school administrator, and assistant principal.
Ms. Pettis-Jones moves into the interim principal role with a goal of continuing to support all of PB’s students and providing “every student with an excellent education in an environment that allows them to thrive.”

Although Ms. Pettis-Jones’ promotion has been well-received, it is not permanent. For the start of the 2020-21 school year, Montgomery County Public Schools will collaborate with Paint Branch – both the staff and the community – to select a full-time principal. According to a letter released by MCPS, “the Office of School Support and Improvement will conduct meetings with stakeholders to collect leadership characteristics that are important for the permanent new leaders of this school.”

Paint Branch High School may undergo a lot of changes within the next school year, but its Panthers will continue to be flexible. While everyone is excited for Dr. Yarbrough and Ms. Pettis-Jones’ new journeys and are enthusiastic to welcome a potential new Panther leader in the future, it will be with a heavy heart.