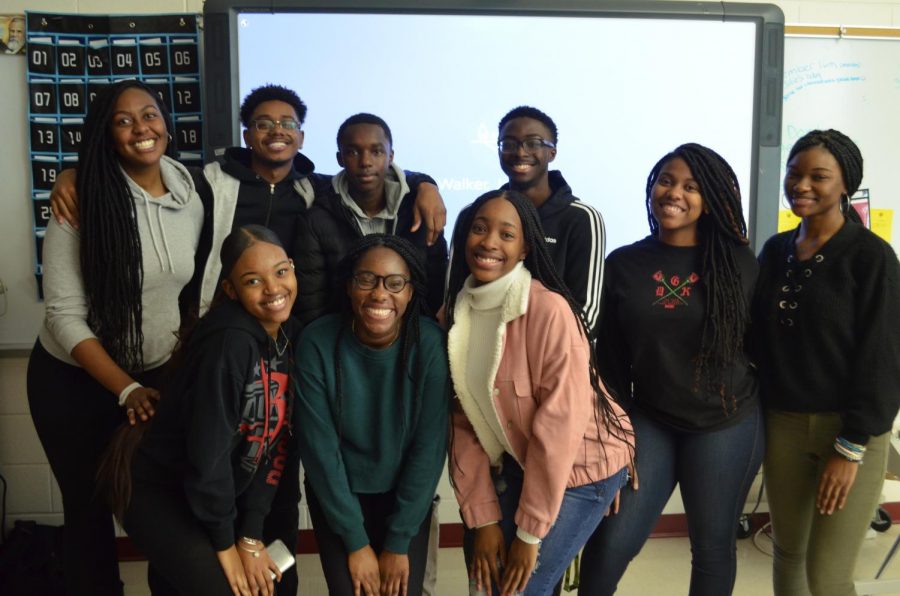 Officer B spoke to students and staff on a variety of topics - most notably how the police interact with young people.

Although he embodies this theme every day with his open and radiant personality, on this day students got the chance to hear Officer B voice this crucial message at the Paint Branch BSU sponsored forum. Through a question and answer session and open/free dialogue, the students gained insight into what it means for Officer B to serve as a police officer for not only the Paint Branch community but for people altogether.

Officer B’s personal code of conduct stands on the foundation that “[an] officer’s job is to protect and serve,” a word he emphasized strongly as he explained the significance of his position.
Although he admits that when people see him they often just see the uniform and the authority it represents, Officer B explained that an officer’s responsibility is not solely to enforce the law but to help people as well. When BSU Vice-president Marika Mwansa posed a question about how it felt knowing that the relationship between people of color and law enforcement is one of distrust and fear, Officer B cited the issue as a leading reason he pursued a career in law enforcement.

The drive to amend these poor relations, to connect with people, and to promote universal respect serve as his major inspirations. However, the discussion from the group moved into the idea that not all police officials abide by such upright principles, a crucial point for those in attendance. Police brutality, specifically against minorities, has proven itself a prominent issue in the United States and the group wanted to dive into the issue more.

Officer B continued the discussion and noted that, although it may be a familiar problem, it is not any less demanding of action. Officer B passed out a complaint form as he vehemently urged everyone that, whenever excessive force is used against them, to always “file a suit and make sure that it’s being investigated. Not just like ‘hey that happens to us all the time.’ No. Know what your rights are. [You] hear me? Know what your rights are.”
According to BSU Sponsor Mrs. Walker, “The purpose of the forum with Officer McClood was to teach students about the role of law enforcement within the community and also give them an opportunity to ask questions about things that they’ve seen concerning how police have handled youth, and in particular black youth, across the country.”

Mrs. Walker elaborated as well on the goal of each BSU forum. “One of the things that BSU has been trying to do with all of their forums is allow students to voice their opinions and, at the same time, learn how to express or relate what they need to say or how they need to be represented in a more positive manner,” she noted. “As a group, young people are sometimes looked down upon as not having the actual voice or their voices aren’t really heard so we’re trying to give them the tools to understand how to get your voice out there and be respected at the same time.”