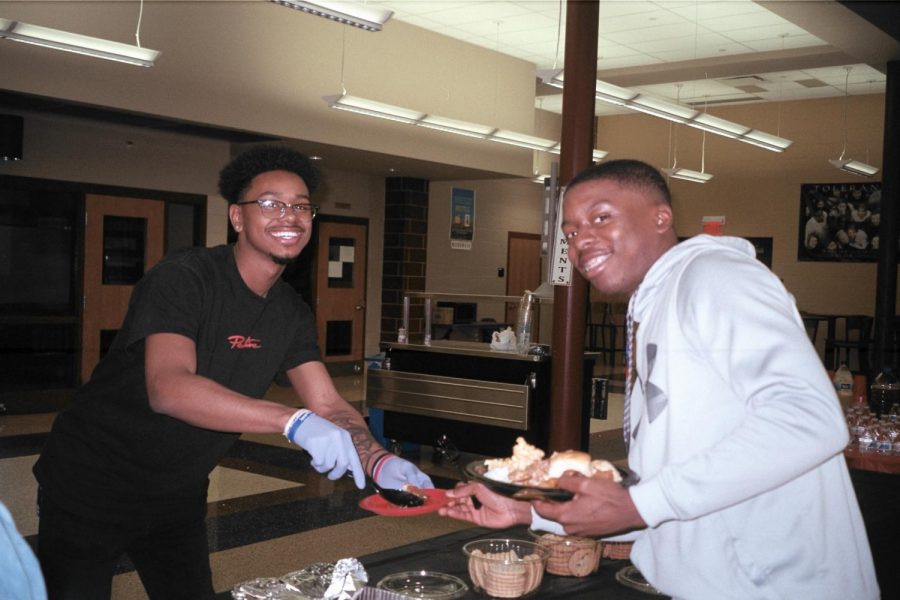 BSU’s intention with this potluck was to “celebrate different cultures,” said club co-treasurer Kelly Anokwu. “It’s not about just being black, it’s about the people that make the community whole.” This was evident as many other races joined the celebratory event.

Senior Fritz Sajus experienced the full event for the first time and came away impressed. “this year’s potluck was really good,” he noted, before adding that he had a “nice experience!” Sajus also expressed that he “liked the drumline,” and that the diverse performances “had [him] dancing out of [his] seat.”

Junior Innayá Anthony expressed her gratitude for this year’s event, exclaiming that “it was nice to see how everyone can bond over how similar we all are, and how we can really celebrate the people who paved the way for all [of] us to be where we are!”

Celebrating the students’ ancestors was especially sincere when co-secretary of BSU, Jacob Wade, suggested that people should stand in the middle of the event to speak about their ethnicities. Dozens of people took him up on the invitation and their thoughts truly revealed  the differences and unity within the people in the room.

BSU Sponsor Ms. Walker was appreciative of the event’s attendance articulating that “it was great to see so many students come out and support their peers and the cause.” She was “overwhelmed to see the amount of donations” of food by the staff, students, and parents, where cultural versions of salmon, chicken, rice, and many other dishes were on display.  She noted that “it was great to showcase the PB way.”

Ms. Walker is eager to see the turnout at BSU’s upcoming March and April forums, where PB Alumni will speak and Know Your Rights Part 3: How the Government Sees You will take place.