The Protests Are Getting Ironic 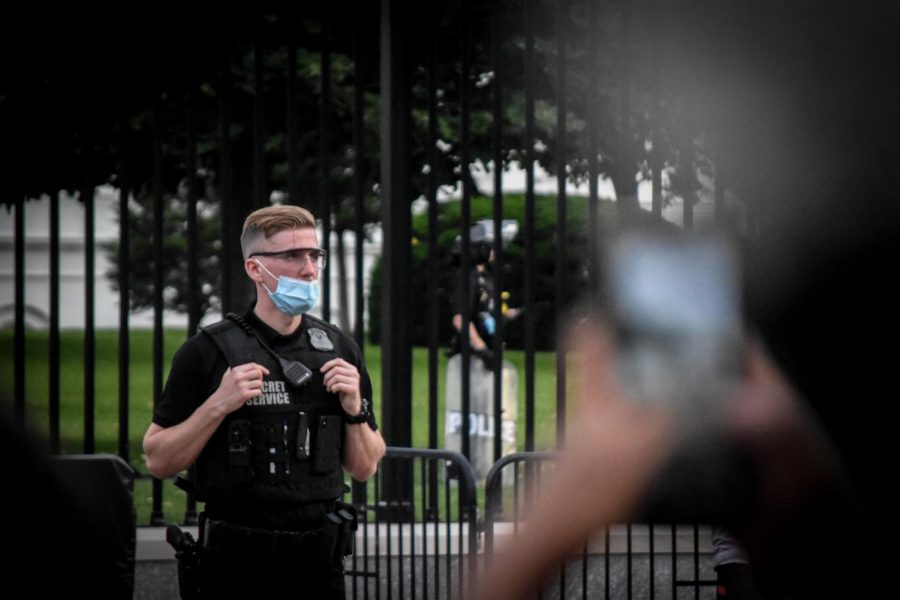 Nearly seven years ago, George Zimmerman — the man who fatally shot unarmed black teenager Trayvon Martin — was acquitted of murder. Shortly after, the Black Lives Matter movement and its accompanying hashtag was born. Since then, it’s been tweeted tens of millions of times. Years later, the issue of racism is unfortunately as prevalent as ever. The recent death of George Floyd “at the knee” of a Minneapolis police officer has reignited protests. His death, captured on the phone cameras of bystanders, spread across social media like wildfire, sparking widespread rage and grief. This has culminated in sometimes violent riots and demonstrations in Minneapolis and cities in all fifty states.

The heartbreaking video wasn’t the reason for the protests, but it was certainly the catalyst. The larger reasons are twofold: the first, deploring the American criminal justice system and its long history of systemically hurting the black community, and the second, condemning police brutality.

A disturbing twitter thread (here) by T. Greg Doucette, a criminal defense lawyer based in North Carolina, has gained a lot of traction in recent days. Doucette has compiled a constantly-updating list of over four hundred videos documenting police abuse and misconduct from recent protests across the country. And it’s eye-opening. After watching a small fraction of these videos, it’s extremely obvious that the “few bad apples” analogy is insufficient in describing the issues with the policing system as a whole.

The situations the videos depict range from unlawful arrests to reckless endangerment to downright unprovoked assault: Tampa police shooting EMS workers providing aid; New York cops shooting a wheelchair-bound homeless man (who wasn’t even protesting); a New York police van driving into a non-violent crowd; Denver police destroying reporter’s equipment with paintballs; Minneapolis police officer saying “light ‘em up” as his team starts shooting people who are standing on their front porches with rubber bullets; Seattle police spraying a 10-year-old with pepper spray; Georgia police destroying a young black couple’s car and then repeatedly manhandling and tasing them as they try to remove them from their own vehicle. The list goes on and on. Seemingly no one is safe — not food delivery workers, not janitors getting off work, not reporters, not uninvolved elderly bystanders, and certainly not peaceful protestors. People who didn’t see police brutality as a huge issue beforehand are now being radicalized by these countless occurrences, and they’re getting more numerous by the day.

It’s even more disturbing when you consider that police abuse has always been happening, especially in lower-income communities of color. The only difference now is that phone cameras and social media are finally enabling us to bring this issue to light and show just how widespread it is. It’s not just one cop. It’s not just a few. It’s the entire system. For years, research and personal testimony have shown that there’s an issue, so it’s not like we had no idea, but seeing it with our own eyes makes it seem more urgent.

When examining the countless social media videos following the riots, the irony is clear: There is a disturbing amount of police brutality occurring at these anti police brutality demonstrations. True, the original protests-turned-riots involved looting and destruction of property; but in some of the later ones, the protests turned violent because of the police’s attempts to “keep law and order” by seemingly attacking peaceful demonstrators. You’d think that, now more than ever, the police would be trying to repair their relationships with their communities rather than acting like they’re at war with them.

As we’ve seen from the past few days, as long as police are given immense unchecked power, they will abuse it, and we can’t make petitions fast enough to bring justice to those who have been wronged. When the people we pay to protect us are the ones hurting us, it’s clear that the system isn’t working.