The Depreciation of Fame 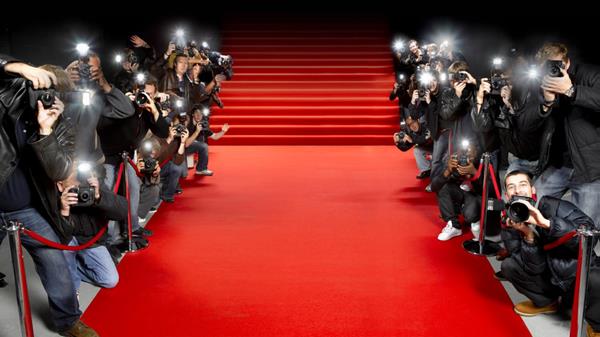 Who do you think of when you hear the word celebrity? Angelina Jolie? Johnny Depp? Justin Bieber? While these three are all award winning, extremely talented individuals, they share the spotlight with some who aren’t as distinguished. In this modern society filled with numerous social networking sites and applications, it’s gotten significantly easier to grow famous.

A major reason for the depreciation of fame is TikTok. The amount of control that this app has is impractical. In the United States alone, there are over 91 million TikTok users. Considering the number of people that are on the app, it’s easy to see just how extremely influential it can be. At this point, TikTok seems to have some control over the music and film industry.

An example of how TikTok has taken over the music industry is revealed through the song “Drivers License” by Olivia Rodrigo. This Disney actress had been making music for a while, and had about 500,000 followers on Instagram, which is typical for a Disney star. On January 8th, 2021, she released the song, her debut single, and her fans used the song on TikTok, which made it blow  up unbelievably. Within a week of it’s TikTok fame, it was streamed 65,873,080 times. It rose to #1 on Billboard shortly after. In May, she dropped her entire album and the number of her followers on Instagram is up to 10 million. Though Olivia Rodrigo is an incredibly talented individual, the insanely rapid popularity of her song just goes to show the power of TikTok.

TikTok also has strong power over the film industry. In the beginning of quarantine, a show called Outer Banks came out on Netflix. The beachside theme of the show was so refreshing as it was almost summer when it came out. Once again, the show gained some popularity on TikTok. The characters John B and JJ (who happen to be conventionally attractive) were being used in a lot of edits which made people want to watch the show. Within three weeks of its debut, it was #1 on Netflix.

Aside from influential apps, the cast of films and shows are starting to affect whether or not a person chooses to watch it, which, of course, affects the show’s popularity as well as that of its stars . On the website Quora, someone asked “Would you watch a show if the characters weren’t attractive?” Some people said yes, but others differed. A user named CoffeeWC says, “It wouldn’t be as appealing, but I would still watch it.” Another user named Wemix says she started a show simply because she thought the main character on the cover was attractive. It’s important to take into consideration that, sadly, the casting of a show significantly determines the viewership. Obviously, if a show is very well written it will get views as well, but an attractive cast would undoubtedly bring more attention to it and, thus, more viewers – aka, more popularity. This shows that good acting and an interesting storyline is no longer the primary factor that plays a part when choosing whether to watch something or not. Therefore, it’s safe to say that a show or movie with an attractive cast would get more fame and recognition than a show with a realistic cast, just as Outer Banks did on Netflix.

As times change, talent and connections are no longer the primary requirement for fame. With the rise of social media – particularly the influence of TikTok – one’s profile and followers mean as much as anything else. The truth is, fame is not at all what it used to be. It is not as valuable or respected anymore, but it is still sought by many.