Witches and Whitewashing: Superhero Media’s Problem With Jewish and Romani Representation and Erasure 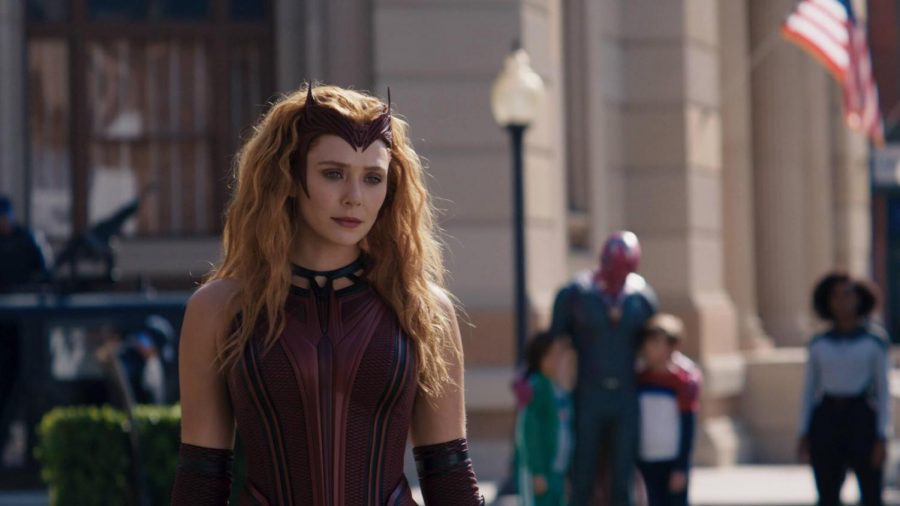 Have you ever watched or read a piece of media and realized that something seemed a bit off? For example, you were reading or watching something and you noticed that a specific character trait or some big part of them is missing?

This is what many felt when the Maximoff twins were introduced into the Marvel Cinematic Universe (MCU) in 2015’s Avengers: Age of Ultron. In the film, Wanda Maximoff, AKA the Scarlet Witch (Elizabeth Olsen), and Pietro Maximoff, AKA Quicksilver (Aaron Taylor Johnson), hold a lifelong hatred for Tony Stark, whose bombs killed their parents. As a result of this, they side with Ultron, an AI created by Tony and Bruce Banner, who harbors a god complex and is determined to heal the Earth by eradicating humanity.  The twins are also Hydra (a neo-Nazi organization) assets, who gained their superpowers after being experimented on with the Mind Stone.

On the surface, this might not seem too big of a problem. The movie portrays Scarlet Witch and Quicksilver as misguided orphans who run-in with some bad people and, in the end, make the right choice.  That’s all well and good, but the film versions of these two characters are diametrically opposite of who they were created to be by artist Jack Kirby and writer Stan Lee.  Since their inception in Uncanny X-Men #4, the two have been canonically Jewish and Romani, with some iterations even saying that their parents were Holocaust survivors.

Both Jewish and Romani people have been persecuted immensely throughout history, facing widespread hatred in every place that they inhabited.  They were forced out of countries, accused of murder and blood libel, and more. These harmful and untrue sentiments have pervaded throughout the centuries and were used by Adolf Hitler and the Nazi party to justify their genocide.  But the twins in the MCU? They’re White and allies of neo-Nazis. This departure from the character’s original development poses innumerable problems.

Jewish and Romani representation is already few and far between in all forms of media, and the small amount of media that does include these groups often resort to offensive stereotypes.  Many of these stereotypes exist simultaneously for Romani people and Jews as both are painted with a wide brush as passionately-tempered, sensual, and crafty tricksters who tend to behave criminally.

These stereotypes have existed in media and popular sentiment for decades, with examples ranging as far back as the work of William Shakespeare, who exotified Romani women in several of his plays as well as demonized and offensively portrayed Jewish and Jewish-Coded people in many of his works, including Shylock in The Merchant of Venice, a Jewish moneylender who loans the main character Antonio money and asks for a pound of Antonio’s flesh in return if he can’t pay the loan back.

Such stereotypical depictions have continued to the present day and are evident in movies, games, books, and other forms of media such as Star Wars (1978-present), Disney’s Pinocchio and The Hunchback of Notre Dame (1940 and 1996, respectively), DC’s The Dark Knight Rises (2012), and many others. The Maximoff twins’ representation in print media has not been anything close to perfect either, as the books objectify  Wanda in overly-revealing costumes, fetishizing her Romani heritage, and portraying the twins as very pale and straight-haired in many of their print appearances, contrary to the wide-ranging appearance of many Romani and Jewish people.

The Maximoffs are by no means the only Romani superheroes. Dick Grayson, also known as Nightwing and the original Robin (sidekick to Batman) is also Romani. Created in 1940 for young readers to better enjoy Batman, he was the son of two circus performers who fell to their death, and he was adopted by Batman and subsequently became Robin. He later retired the mantle and debuted as Nightwing in Tales of Teen Titans #64 in 1984. As Desiree Rodriguez from Nerds of Color says in her article “Erased and Ignored: Dick Grayson’s Rromani Identity Comes to Light,” Dick Grayson has been largely thought of as a white man for much of his comic book career, despite several (often offensive and stereotyping) references to his heritage throughout the years.

In the late 90s and early 2000s, comic book writer Devin Grayson began to outwardly and firmly acknowledge Grayson’s Romani heritage. Her most notable story, which solidified his status in canon as a Romani character, was Gotham Knights #20, which was released in 2001. In this storyline, Grayson meets a Roma man who claims to be his grandfather and as the story progresses he learns more about his Romani identity. Despite the major improvements in addressing his heritage, there are still problems with portrayals of Dick in recent years. He’s often oversexualized and put in situations of harassment.

Though comics are a very popular medium in their own right, movies and tv shows have more global outreach. To take away the chance for Jewish and Romani characters to be seen by millions across the world, the chance for a Jewish and Romani actor to represent their heritage in a medium where it’s so rarely seen, even less so in a positive light, is an absolute disservice to the characters, their histories and the people who have waited so long to see themselves and their experiences in popular culture. To go even further and decide to make these whitewashed characters “assets” for their oppressors is disgusting and offensive.

As a Jewish person, seeing these characters and the experiences that we share has always made me feel connected to them in a way that Jewish and Romani people aren’t often able to feel. We rarely get to see ourselves on screen in ways that aren’t offensive. There’s nothing heroic about erasing marginalized identities.