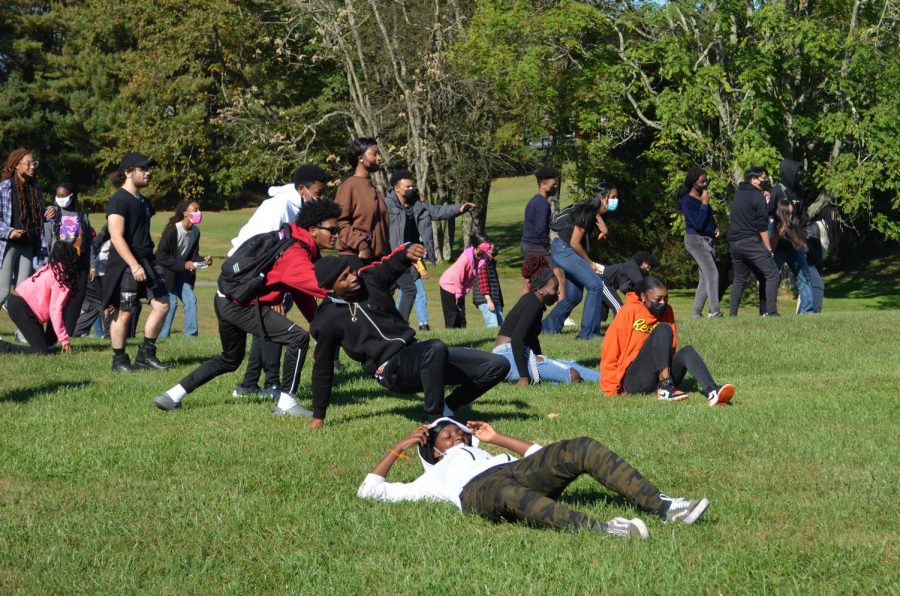 On Thursday, October 21st, members of the class of 2022 left their backpacks at home and brought their high spirits with them to the annual Senior Unity Day trip to Smokey Glen Farm. For these seniors, it was an opportunity to rekindle a beloved PB tradition that resumed after two years of cancelations.

After arriving at Smokey Glen around 10:45 AM, the smell of barbeque smoke greeted seniors who were directed to gather at the picnic tables. The anticipated day began with a brief schedule rundown from the class council who also introduced the first activity prepared for seniors to participate in on the day. Inspired by the viral Netflix show Squid Game, the class of 2022 was ecstatic to find out they would be playing Red Light, Green Light and eagerly ran to line up at the starting point on the open field.

With over 150 seniors participating in Red Light, Green Light, the game was nothing short of disorganized but provided an amusing experience. Several students lost their balance and fell onto the slippery grass in an attempt to halt themselves as they heard the words “RED LIGHT!” Others completely disregarded the cues and were able to sneakily walk across the field without getting caught by the chaperones who were monitoring. “The game was more fun to play than I had expected. Everywhere you looked, there were students rumbling and tumbling,” expressed senior Yohana Green.

After playing a few chaotic rounds, seniors then headed back to the picnic table area to serve themselves lunch, which consisted of hamburgers, hot dogs, baked beans, potato salad, coleslaw, chips, brownies, and an assortment of beverages.

In the midst of eating, listening to music, and conversing with their friends, students were provided with impromptu entertainment as senior Michael ‘Big Mike’ Magoba performed a rap, followed by a ten-minute rap battle involving football players including Malik Easterling and senior Almaya Mansaray. The crowd of seniors bonded together in laughter, climbing the picnic tables to get the best view to record and hype up the rappers. “Watching the rap battle was the highlight of my day; it really captured the essence of PB,” said Class President Tolu Okegbenro.

Following the comedic roasting, seniors dispersed and met up with their friends to participate in various activities, including volleyball, basketball, mini-golf, soccer, football or simply walking around the area. The day came to a close when students gathered back to the picnic tables for one last bonding experience; chanting the iconic “PB, you know!” phrase.

Before boarding the buses to return to school at 1:00 PM, seniors took a class picture to commemorate their first group event of the year. Although it was hectic, the class of 2022 enjoyed spending time together at Smokey Glen and is looking forward to the (hopefully) many senior activities to come.