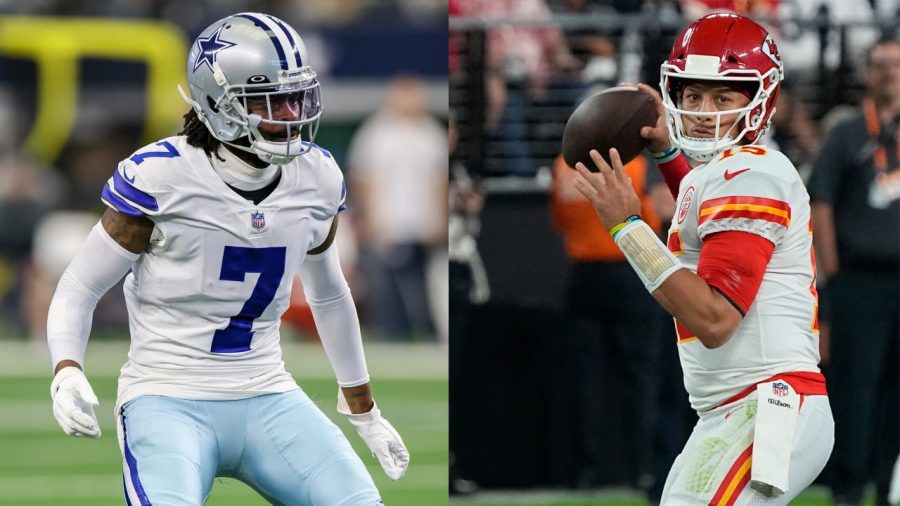 The Cowboys and Chiefs face off in a key matchup during week 11 in the NFL.

It is week 11 in the NFL and that means teams with real playoff ambitions have to step up and take control of their season. This week features some key matchups that should show us just which teams are true contenders and which ones are pretenders. While the Thursday night matchup proved predictable with the Patriots continuing their ascension to contender status, other teams like the Steelers, Seahawks, and Chiefs are still trying to figure out just who they are. The Steelers must show they can win with or without Big Ben as they take on the Bears; Russell Wilson and the Seahawks face a must-win game against the Cardinals; and the Chiefs face the Cowboys in the weekend’s marquee matchup.
Listen in for the crew’s thoughts on these key games and some other big matchups in the NFL this week on the PBHS Edge Pigskin Podcast.