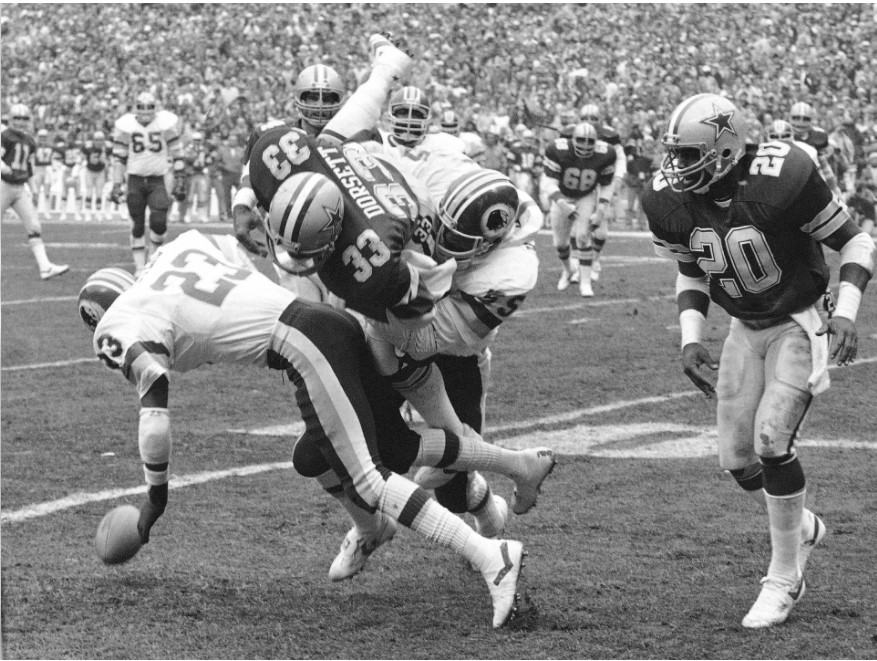 Dallas travels to Washington in this week's biggest matchup.

Week 13 brought a few surprises, most notably the results for the Steelers and the Patriots, who both earned “yuge” rivalry wins. While the Steelers survived a two-point conversion attempt that just missed, the Patriots used an epic ground game to wear down the Bills and conquer some otherworldly windy conditions on Monday night.

As for week 14, well, it should be another memorable one as it features some more rivalry matchups that will have serious playoff implications. One rivalry matchup on everyone’s mind this week is a classic: Dallas at Washington. While this one won’t feature Roger Staubach, Drew Pearson, Tony D, Joe Theismann, John Riggins, or the Fun-Bunch, it will feature two teams who absolutely need a win. Looking at this one makes you wonder, can Dak continue his dominance over Washington and move to 8-1 against them or is this truly Taylor Heinicke’s time? Is the Washington defense really better off without edge rushers Montez Sweat and Chase Young? Can Mike McCarthy really guarantee a win? The podcast crew answers these questions and more for this matchup.

Of course, there are some other key games on the slate as well, though none of them have quite the luster of Washington/Dallas. Buffalo looks to shake off the effects of giving up 222 rushing yards in the cold as they head to sunny Tampa to take on the Bucs; the Ravens travel to Cleveland to try and get back on track; and the Forty-Niners trek east to battle the up-and-down Bengals. Overall, it is another great week of football.