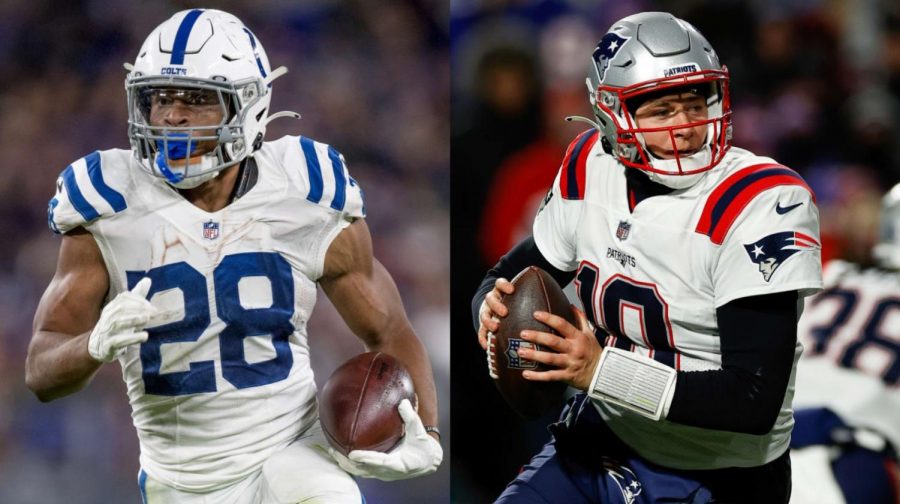 Jonathan Taylor and the Colts host Mac Jones and the Patriots in a key Week 15 matchup.

Week 14 is here and it has already gotten off to a great start with another wild one between the Chiefs and Chargers that took some OT magic for the Chiefs to earn the win.

While it will be tough for the rest of the week’s games to live up to the Thursday night matchup, games like the Packers at Ravens, Patriots at Colts, Titans at Steelers, and Washington Football Team at Eagles should provide some fireworks. The most intriguing matchup has to be the Pats travelling to Indy to take on the Colts. Both teams are coming off their bye-week so they have had time to heal and game plan. All signs point to a heavy run game focus for the Colts, who have openly stated that their goal on defense is to make Mac Jones beat them. The Ravens find themselves in the unenviable position of taking on a red-hot Packers team led by the dynamic duo of Aaron Rodgers and Davante Adams. With a decimated secondary, it could be “Blowout City” for Charm City this week, though most agree that John Harbaugh and his staff will have the team ready.

The Titans travel to Pittsburgh in yet another key game for the Steelers, who are holding on for their playoff lives. No Pittsburgh team has ever been excited to see Mike Vrabel on the opposite sideline, though now the only time he steps on the field is in between plays. This may be the swan song for Big Ben in Steeltown, but we all know that a Mike Tomlin coached team never gives up, which was evident in last week’s loss to the Vikings where they scored 21 fourth quarter points to make it a game.

In Philly this week we get the latest in what are often great battles between the Eagles and Washington Football Team (can we go with Red Wolves already!). Washington is clinging to that 7th playoff spot and the Eagles are lurking right behind them. A win in this one and the Eagles will flip spots with Washington, though they face off again in Week 17 so payback is possible. Ultimately, neither team is really a Super Bowl threat, but with many young players on the roster any playoff experience is a win.

Special shout out to LA Charger tight-end Donald Parham who was carted off the field during the first quarter of the Thursday night game with what looked to be a serious head injury. Here’s to good news and a quick recovery for the 24-year-old.