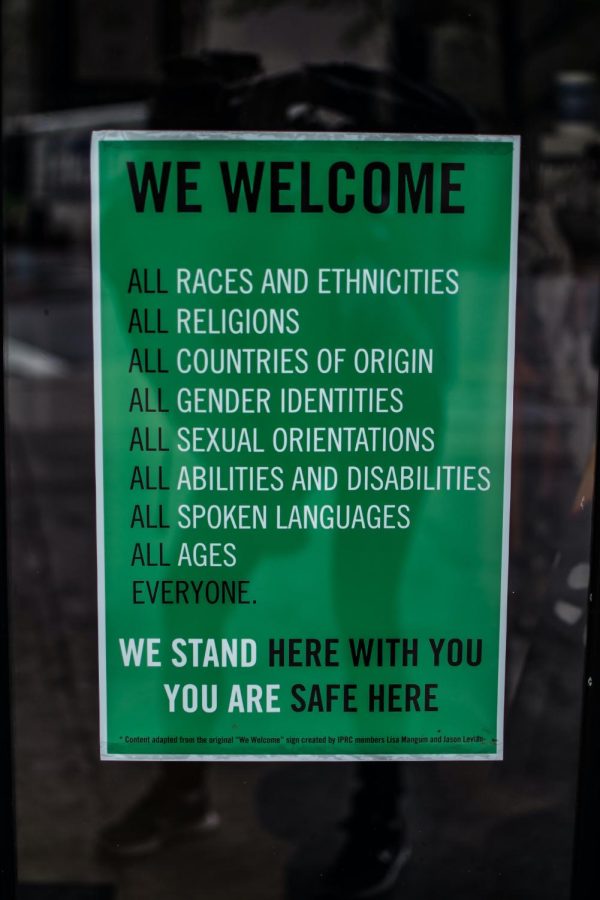 A “safe space” is generally a term used with reference to a place where people can surround oneself with those of similar beliefs or characteristics, whether that be gender, religion, race, sexual orientation, class, or political party; simply put, a safe space creates an environment based on commonality. While it is important to have a reserved space where marginalized individuals and groups can embrace these shared ideologies and uplift one another without fear of conflict or criticism, it cannot be overlooked that safe spaces merely create barriers to views that differ from their own, and provide a reason to avoid hearing opinions that may challenge theirs. It is undeniably easier to communicate with individuals that agree on the majority of issues, rather than with people who will force a person to recognize a different perspective that might also be valid.

Society generally avoids discomfort at any chance possible, but why? The answer is fear; fear often drives people away from stepping outside of their bubble, and safe spaces are a direct example of this approach. Individuals who constantly associate themselves with like-minded people and repeated patterns limit themselves from the opportunity to acknowledge diversified opinions, a realization Ian Burbidge mentions in “Why Diverse Opinions Lead to Better Outcomes.” Burbidge notes, “Daniel Kahneman taught us that what you see is all there is; so if life is stable in terms of patterns of behaviour – where you live, who your friends are, where you work, where you draw your information from – this will make it harder for new ideas and perspectives to fight their way into your consciousness.”

“Safe” denotes physical and emotional protection; so in regard to safe spaces, it alludes to an area where a person is emotionally protected from opposing points of view, because it is discomforting for a person to dare to disagree. They turn a blind eye to the fact that one person’s opinion is not the only correct one, when in fact, these safe spaces are used as escapes from reality where it is easier to discount opinions inconsistent with their own. In “Why Feeling Uncomfortable is the Key to Success,” Sujan Patel for Kelly Canada states, “‘Safe’ spaces let us hide in our comfortable, little existence, which is dangerous because they prevent us from growing and changing when faced with adversity—creating new neural networks and adapting.” Perpetually remaining within the same environment has a greater negative impact on people than positive, particularly since it defeats the entire purpose of human life – change, evolution, and growth.

The concept of growth versus fixed mindsets play a role in areas like safe spaces. On the surface level, having a fixed mindset refers to the belief that intelligence and other abilities cannot change, a “this or that” mindset. A growth mindset, however, stems from the idea that intelligence and other abilities can be developed over time through persistence and dedication. The ability to adapt and change progressively is far more beneficial as it allows for the potential to grasp new concepts and skills, and essentially have an open mind. While certain safe spaces do allow for growth, many are closed to the thought of being disputed because the space consists of people with similar stances. Growth only occurs when people strive for challenges, and opportunities to force them out of their comfort zone to better themselves.

It is extremely evident that safe spaces are necessary for marginalized individuals and groups as a form of expression; however, they cannot be used as an excuse to disregard contrasting opinions and allow one to remain comfortable with hearing only similar viewpoints. The reality is, people must get comfortable with being uncomfortable.