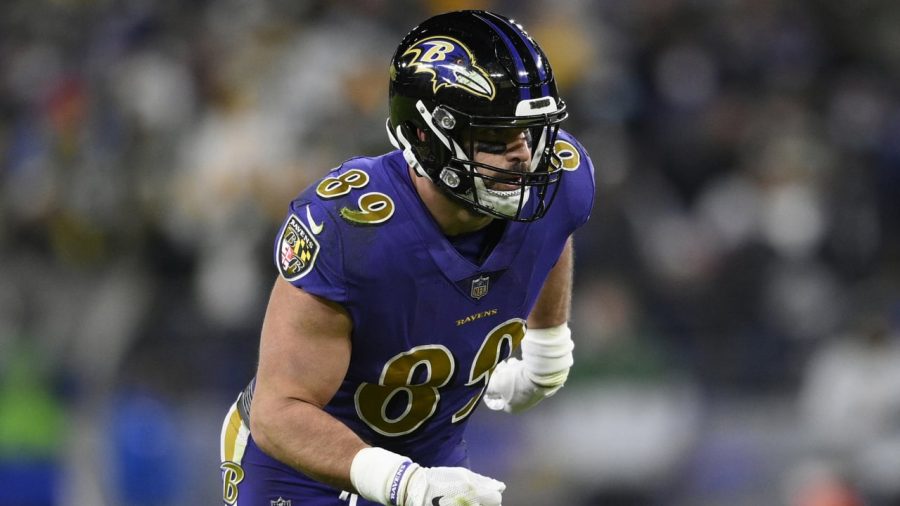 Mark Andrews, who leads all NFL tight ends in receptions and touchdown catches, leads the Ravens into Cincinnati on Sunday.

“Throw that stone; every Goliath has its David.”

And with those esteemed thoughts from pigskin podcaster and Washington Football Team fan Angad Bedi, we move into Week 16 in the NFL.

Week 15 of the season, which did not see its end until Tuesday night, was a week that saw some teams pretty much slip out of playoff contention while others began to separate themselves. Last week was interesting as it saw the Ravens go for the win at the end of the game once again only to fall short. Other key matchups saw the Colts manhandle the Patriots in surprising fashion with MVP-candidate Jonathan Taylor leading the way with 170 yards on the ground; Jalen Hurts and the Eagles taking down the injury and Covid-depleted Washington Football Team; and Patrick Mahomes helping the Chiefs take control of the AFC West with a big road win – in OT – against the Chargers.

This week’s slate of games brings some intrigue as it features several key division matchups as well as some contests that will have playoff implications. First on the docket has to be the AFC East battle between the Patriots and Bills in Foxboro. The Bills come in off a much-needed win over Carolina and the Pats enter this one with a chance lock up the division with a win and a Miami loss at New Orleans.

As Washington travels to Dallas this week, all eyes will be on the quarterback room as the team hopes to have starter Taylor Heinicke back to face the 10-4 Cowboys. For Dallas only one thing matters this week: a win over Washington secures the division title.

AFC North fans will have their eyes glued on three huge matchups: Ravens at Bengals, Steelers at Chiefs, and Packers at Browns. With all four teams playing tough opponents, no one is assured of a win. The Ravens/Bengals matchup could determine whether Cincy really has what it takes to win the division and make a playoff run. The Steelers know that travelling to KC to take on the Chiefs and a hostile crowd at Arrowhead means focusing in from the first snap, something they have struggled with all year. A slow start in this one could leave Pittsburgh in too deep in a hole to dig themselves out of this week. The Browns head to Green Bay to take on the red-hot Packers in the frigid confines of Lambeau. For the Pack, the first team to clinch a playoff spot this year, a win in this one would give them a an even stronger hold on the top spot in the NFC.