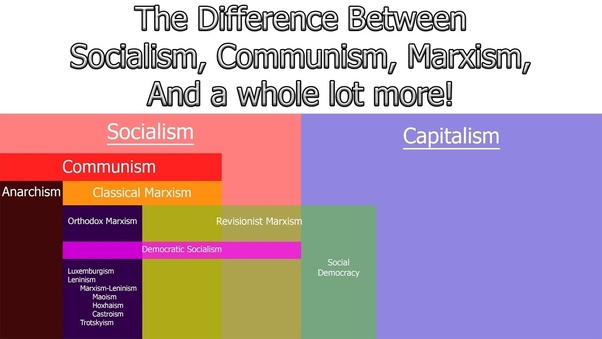 Socialism. I’m sure many hear this term and respond with a number of definitions that range from aspects of facism to elements of anarchism.  In America today, the term socialism certainly creates strong feelings in many, but the truth is it’s just an economic system where the capital is regulated by the government and controlled by communities.

To have any understanding of socialism you must at the very least understand what capital is and where capitalism came from. Capital is money or assets, which is where the term capitalism comes from. capitalism actually rose out of feudalism, another economic system in Europe from the 5th to 12th centuries. Under feudalism, the nobles controlled all capital and they would allow workers to work on their land if they sent some of the products to the nobles. This gave the nobles wealth and power and some sustainability for workers. Ultimately, the merchants – who were neither nobles nor peasants – created what we essentially call capitalism, which allowed them to gain wealth, bringing many out of poor conditions.

Where does socialism come from? The earliest forms of socialism came out of the French Revolutions, which took place in 1789 and again in 1830 and occurred in large part because people felt oppressed by the nobles and the feudal system that was still in place. The revolution, though a bloody and difficult time, ended up bringing about significant changes to society. The system that came out of the revolution installed many radical policies for the time, but that would seem like common labor laws today.  For example, on March 2nd 1848 post 2nd revolution after already reducing the workday, it went from 11 to 10 hours in Paris and 12 to 11 in the provinces, (ohio.edu).

The grievances of the French Revolution relate to the formation of socialism because the control of the bourgeoisie made the common worker poor. Even though they were the producers, they did not control the means to the production. These grievances are solved by socialism, giving the people the means of production. This is the purpose of socialism:to make all people economically equal, to give power to the people. Now communism brings it a bit further, all property is owned communally and distributed by the government. The weakness of communism, however, ist that it gives the government the ability to control property recreating the bourgeoisie in the government-although the original goal of socialism was a necessary transition from capitalism to communism.

Okay, the history lesson is over. Now let’s get into our real topic: socialism.

So, if socialism is ultimately based on economic equality, why do we have a never-ending hatred for communism and by extension socialism? Simple answer: The Red Scare. This was a time in the United States when we took a failing Leninist system used by the Soviet Union, which was a country we considered our enemy, and exemplified that with propaganda. As it notes on history.com  “The Red Scare was hysteria over the perceived threat posed by communists in the U.S. during the Cold War between the Soviet Union and the United States, which intensified in the late 1940s and early 1950s.” This level of hysteria and propaganda built the foundations of our negative views of socialism ,even though the criticism only applied to the Leninist system, which was not as extreme as U.S. propaganda  made it appear. This is not to downplay the atrocities of Lenin, but to demonstrate what propaganda has done to a valuable political perspective, namely socialism .

As for what systems use a form of communism or socialism, the first easily recognized groups are the Leninist countries. The current Leninist states are China since 1849, Cuba since 1959, Laos since 1975, and Vietnam since 1976. Leninism is the system that allowed The Red Scare to thrive. It takes the principles of socialism and communism too far, recreating the bourgeoisie or the elites. This is majorly flawed, and to some critics it produces bigger issues than capitalism. There is at least a functioning, dying but functioning, middle class in capitalist countries. However in leninist countries everything has fallen apart because now the bourgeois is the government, making the issues even worse.

The next level is your non-Leninist states. These countries are still communist/socialist but don’t take it to the extreme like Leninists. Major examples of this are India, Nepal, and Sri Lanka – all of which make references to socialism in their constitutions. However, they have all also been ruled by non-socialist parties since their current constitution was drafted.

After that, you get your democratic socialist countries, which combine elements of both socialism and capitalism, although they do lean capitalist. The main examples are the Nordic countries like Denmark, Sweden, and Finland. They all have what the World Population Review called “a social safety net.” This safety net consists of things like free healthcare and education. However, in these countries, there is still a strong level of capitalism.

Democratic socialism exists in the U.S., but it has not become a fully operational system. Senator Bernie Sanders is the catalyst for the spread of democratic socialism in modern America. Sanders wants to mimic the system used in many Nordic countries. Free healthcare, education, and criminal justice reform are the primary selling points, and unlike many other politicians he has been saying the same thing for a long time. The spark of Sanders and his socialist movement has created other catalysts for socialism’s spread by others such as New York State Senator Julia Salazar and Congresswoman Alexandria Ocasio-Cortez, or A.O.C. This is not the first time socialism has risen in prevalence in the U.S.. Each period has had its own spark. The first version of this goes all the way back to the creation of the constitution. Thomas Payne was one of the writers of the constitution and had supported many taxes based on land ownership, concerned about how rich some individuals were. The next rise saw the backing of political activist Eugene V. Debs in the late 19th and early 20th centuries. A self-proclaimed socialist put in jail for his rhetoric, Debs expressed his views in the time just before the Great Depression and The Red Scare.

The people against socialism will more often than not argue for a free market. The problem is free markets are not  effective and it is debatable whether or not they are free. A free market allows people to do whatever they want. The market does not solve anything, and lets titans do what they want. The thing is, even the people who oppose socialism on all scales know the free market is messed up. What got Trump elected is that he promised to shake up the market-and we all know that the free market as it is does not work. However instead of allowing the market to thrive by guiding it in the right direction, he decided to allow people to mess with the market even more.

Overall, socialism is generally  misunderstood. Many people who critique socialism don’t know what it actually is, and it is often misrepresented, spreading misinformation . As America economically swings back and forth, we need to ask ourselves what we want and how we will get it. No matter your thinking on socialism, it is important to understand what it is so you don’t call everything that rubs you the wrong way “socialist”.

If you want to learn more about socialism here are some suggested articles and my sources.

Other articles and videos

“The communist Manifesto,”  by Karl Marx and Friedrich Englais (AKA a guideline to what socialism is built on)

This site uses Akismet to reduce spam. Learn how your comment data is processed.