Not out of the woods: The Covid-19 Pandemic, Vaccine, and Variants 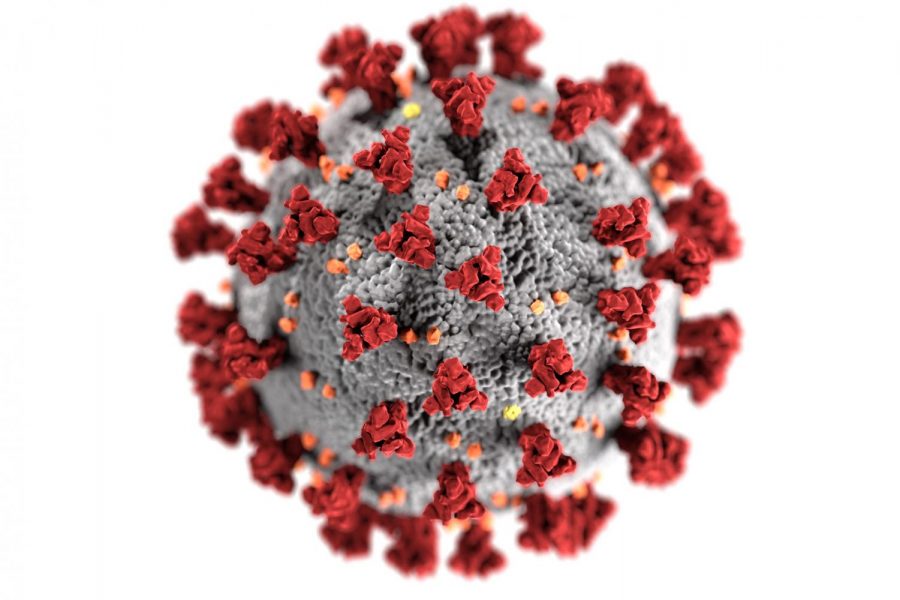 We have a vaccine. We are promised full eligibility for doses in the very near future. Deaths are dropping. Stores are opening. Texas dropped all restrictions. This is all great news, but we need to slow down. Every person who catches Covid-19 promotes its possibility to mutate. Any one of these mutations might result in a stronger, more resistant virus strain that could be fully resistant to a vaccine, bringing us back to square one.

Let’s talk about the good before we dwell on the bad. In the U.S., all individuals 16 and over are now eligible for the vaccine. In the UK, their “one-jab” system has led to case numbers plummeting. The AstraZeneca vaccine has been reaffirmed to be safe in the European Union (EU), which is a major step in protecting people not only there but worldwide. Extra vaccine doses from the U.S. will be sent to Canada and Mexico and there is hope that more extra doses will be sent elsewhere. Vaccinated people can now spend time together safely. President Biden’s vaccine rollout plan has worked fantastically, and has gone above and beyond the predicted numbers, a great improvement over the previous administration. In Israel, according to Google’s vaccination tracker using “our world in data,” 54.3% of all people in the nation have been vaccinated. All this good news is great to hear and provides hope moving forward.

With all this good news, people, of course, want to rush back to normal life and get back to work, dining, school, and other aspects of regular, pre-pandemic life. However we shouldn’t jump the gun. There’s one scary word that’s making quite an impact on our return to normalcy: variants. Thankfully, so far none is shown to be fully resistant  to vaccines, and it’s been relatively smooth sailing. However, every person who contracts Covid brings a chance for a new variant that could be increasingly resistant to vaccines, thus pushing us back in our fight against the deadly virus. With this in mind let’s observe what some countries and states have been doing about the Covid situation.

USA Today offers an interactive map of the U.S showing where cases are rising and declining, where restrictions are tightening and loosening, and whether people are leaving their house more or less. The mobility tab on the map tracks if people have left their homes more or less in the past week. The most recent data for mobility occured the 7 days ending March 15th, so the information is slightly outdated, but it shows that in that period people were leaving home slightly less with only Washington, D.C. at a 1.2% increase, being on the other side. However, since that time, many states have eased restrictions or even dropped them entirely.

According to the USA Today map, six states have completely dropped restrictions. These include Texas, Florida, Iowa, Missouri, Montana, and Oklahoma. Washington state has postponed any further changes to their reopening plan, and West Virginia has increased restrictions. All other states plus DC and Puerto Rico are loosening but not dropping restrictions entirely. USA Today’s most recent statistics (as of April 12) show that most states are seeing an increase in cases while only fifteen are seeing a decrease, six of which are in the northeast.

Part of the reason that rising case numbers are so important is because of the variants. Some variants like the Brazilian are already resistant to the current vaccines according to multiple sources. If even one variant shows resistance to the vaccine it means trouble. The truth is, Covid is still a major issue not just due to variants, but because most experts expect a spring surge. Healthline.com reports that, according to Christopher J.L. Murray, the director of the Institute for Health Metrics and Evaluation, “expansion of vaccines and the approach of warmer weather will drive transmissions down.” In fact, Murray stated, “There is a considerable risk that there will be a spring surge, and that depends on what we do as a nation.” Murray added that “in our models, if mask use declines more quickly, the current spread of  B.1.1.7 [Coronavirus] can easily lead to the spring surge.”

So what do we do about all this? Despite your state’s current regulations, wear a mask, social distance, and get the first vaccine you’re offered. On that last note, there is a lot of talk about the fact that some vaccines are less effective than others. However, this isn’t the case. A Vox video entitled “Why You Can’t Compare Covid-19 Vaccines,” paired with an article entitled “Why Comparing Vaccine Efficacy numbers can be Misleading,”explain what the efficacy rate means and what actually matters. The video states, “If the 170 [participants who got Covid in clinical trials between placebo and real vaccine] were evenly split that means you’re just as likely to get sick with the vaccine as without it. So it would have a 0% efficacy. If all 170 were in the placebo group and zero people who got the vaccine were sick the vaccine would have an efficacy of 100%.” This makes efficacy sound incredibly important, and it is, but you can’t compare between different vaccines, as the video later states, “each vaccine trial might be done under very different circumstances.” Deborah Fuller who works for the department of microbiology at the University of Washington states, “one of the biggest considerations here, when we look at these numbers, is the timing in which these clinical trials were performed.” The video then uses an infographic to explain that Pfizer and Moderna were created at roughly the same time in the US and at a time with few cases, leaving little chance for people to catch the virus.

Recent issues related to blood clots developing in those who received the Johnson & Johnson vaccine have put it on hold in America.  Although it has been reinstated after a temporary pause in the EU, and is now left to the member states to figure out what to do. There have been six cases total, among 7 million delivered doses of the one-stop vaccine. According to the Washington Post there were  “six known cases among more than 7 million shots, but the symptoms drew alarm because they were severe and the women were otherwise healthy.” Thankfully the low number of cases will likely mean that it will be reinstated in the U.S. Scientists are  currently wondering if the clots are related to the earlier AstraZeneca cases. Both J & J and AstraZeneca are viral vector vaccines unlike Pfizer and Moderna, which some suspect is the cause. These clots have put a hold on vaccine delivery which is very unfortunate given the current climate, and many are worried it will increase vaccine hesitancy. Chances are J & J will be left with a warning unless these clots start spiking. Of course coincidences might happen. Just because 10 people died after drinking milk, it doesn’t mean milk is deadly, because people drink milk all the time: correlation is not causation. Even though these clots exist, the very minor risk is worth ending a pandemic.

So no matter where you are, no matter your situation: stay home, wear masks, get vaccinated, and stay safe.

If you want a picture to show with your comment, go get a gravatar.